Showing posts from May, 2011
Show all

Love is Strong as Death 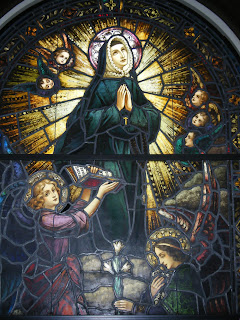 Today we celebrate the feast of our foundress--Saint Madeleine Sophie Barat!  Happy Feast! I'm stuck on the first rite of the mass (the introductory verse that we usually skip): "Set me like a seal on your heart, like a seal on your arm, for love is strong as death ."   (Cant. 8:6) Love is strong as death.  Over the past several months, I've been pondering how love can conquer our fears, that my fears are eased when I remember the love of Jesus.  What do I have to be afraid of when I am filled with God's love--a love that is far stronger than all else! And yet, I do have fears. We all do.  Fears of failure, of disappointment, of loss, and of death, to name a few.  One of the most beautiful things about the Society of the Sacred Heart for me is the element of love.  Sophie founded a community of women who are devoted to sharing God's love with all they meet.  Women who help every person they encounter to know that they are loved.  It sounds sort of l
Post a Comment
Read more

The Sacrament of the Sick 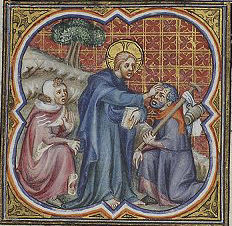 The last two weeks have been challenging to say the least.  About two weeks ago, I had to have emergency surgery to remove my appendix.  Pretty common, I know, but still, surgery is scary!  I'm never really sick, and I'd never been to surgery or even admitted to the hospital before. I was scared, to say the least.  But I was also in pain and sick, and so I could ignore the fear in order to just let the surgeon do his work. Somehow the hospital didn't get a record that I was Roman Catholic, and so no chaplains visited me, until a few days later when they visited the other person in my room. Fr. Jim brought her communion, then asked me who I was and offered me the Sacrament of the Sick and Eucharist. He anointed me, said the words, and I burst into tears, my first since the surgery.  I was so immediately relieved, and also suddenly aware of how frightened I had been for days.  I felt God's presence with me, the warmth and love flooding over me with the prayer and th
4 comments
Read more
More posts