Showing posts from March, 2019
Show all

Sometimes it's just necessary to go to the beach... We had guests with us all weekend, which means my brain was on Spanish language overload. Sunday we took them to the beach--it was a beautiful summery day for walking along the boardwalk. I love being able to listen to the waves come in. This was only the third time I've been to the ocean since coming here over two months ago. If I had my way, I'd be there every weekend! Alas, that's not how life works. I'm very grateful we had time to be there now!     This week is right in the middle of my time here in Spain . Knowing this makes me a little reflective of what's going on inside me. I don't share a lot of that here because it's such a public space! Yet, there's a ton moving in my heart and passing through my thoughts all the time. I'm understanding more every day why people are on the move, why they leave behind everything in order to come to a place where they don't know anyone
Post a Comment
Read more 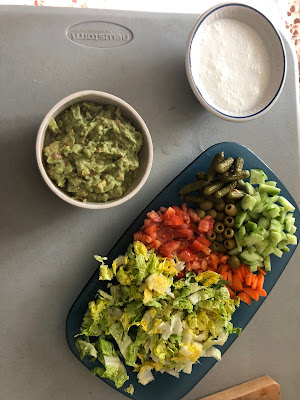 Oh, it has been far too long since I've updated this space! I can't begin to include everything that's happened since the last time. So, a few glimpses at life here..... 1. Food. I survived cooking for a week! Actually, I was given a two-day reprieve, so it was five days in a row. My community were treated to tacos (none had heard of them), chili, and tuna casserole, among other things. I am happy to report that it was all well-received. (More or less... I only messed up one thing!) And no one went hungry. Also, I had an occasion for churros y chocolate. Mmmmmmmmm........ 2. We visited another community to have a conversation around the future of life in the Society of the Sacred Heart, following the Dreamcatchers process given to us by the congregation. It was in a sweet little town called Priego de Cordoba, which is in the middle of fields of olive trees. One of these days I'll compile a collection of all the weeping Madonnas and bleeding
Post a Comment
Read more
More posts