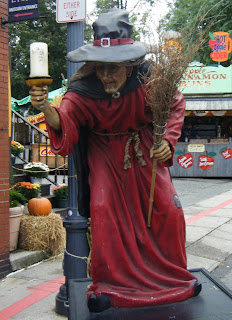 I can't believe it has been two months since I posted something here!  But I have the perfect thing for Halloween... 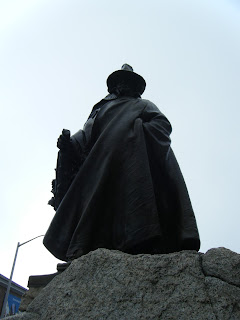 A couple of weeks ago, I visited the Mecca of Halloween:  Salem, Massachusetts!  I wandered the city, took a tour of The House of the Seven Gables, and witnessed some very interesting things as I went...Enjoy the pictures...

To the left here is some pilgrim.  I'm sure he's famous, but I can't tell you who he is!  He faces the Salem Common, and the statue is literally in the middle of the intersection. 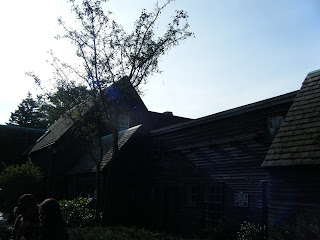 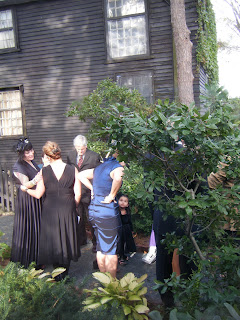 This is the House of the Seven Gables, of Nathaniel Hawthorne fame, above and to the side.  It's a very interesting tour.  And, you see the wedding party that had rented the back lawn area.  It was a "goth" wedding--the bride is on the far left in the picture, in black with the hat.

Now the cemetery in Salem is rather fascinating also.  It's very very old (at least by our American standards), as you will see by one of the gravestones pictured below.  But it's also a tourist attraction, so the graveyard is pretty full of people wandering around and reading the tombstones, taking pictures. 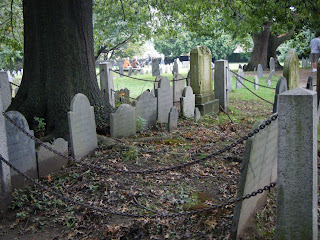 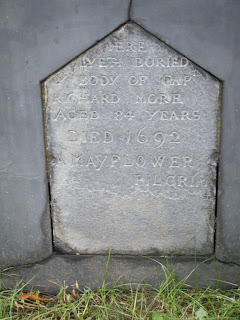 This images below was the icing on the cake.  Wedding pictures at a cemetery???? 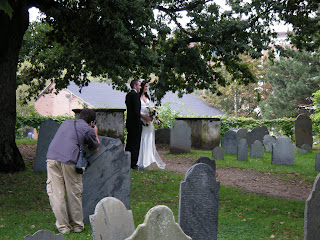 I have to say, I really enjoyed visiting Salem at the beginning of October.  I can imagine that tonight it's probably INSANE there, but when I was there it was just starting to pick up some momentum.