February 04, 2019
Hello, friends! It has been an interesting two weeks, with ups and downs, and several celebrations. First, my birthday was last week, and we celebrated with lovely food and an outing to a nearby town! I translated my family chocolate cake recipe into the measurements and ingredients available here, and by some miracle it turned out delicious. 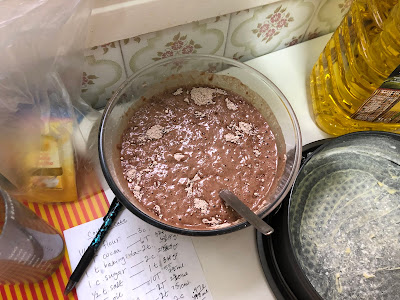 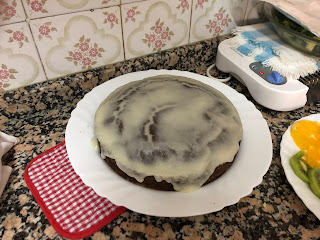 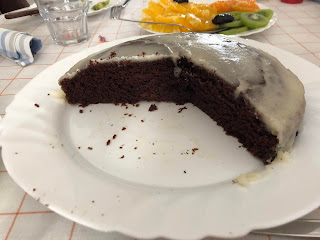 We met our next door neighbors the other day, and it was delightful. They are a family from Morocco, a couple with three children and various other relatives living nearby. The father came to this area 20+ years ago, alone, and his family came to join him maybe 12 years ago. The father no longer works, though his wife and eldest son do. Their daughter, 20, is in college in Granada, and their youngest is in grade school. They have a lovely house and it seems they are close to others in the community. When we knocked on the door, they welcomed us in and make Moroccan tea, which is served in a beautiful tea set and with lots of sugar. They also served a flatbread with jam, so delicious!  The father in the family came over again when we had some people over for dinner, bringing along the tea tray which his wife had prepared, for us to share with our guests. It was so sweet. He's gentle and kind and speaks very little Spanish, but he stayed for a while enjoying the company.

I love seeing how one family's story includes what seems like a joyful and comfortable life, with connections in the community and a daughter in college. 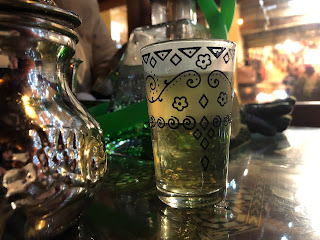 (This tea set is from a tea shop---I didn't get a photo of the much prettier one we were served at the neighbor's house.)

A second image I have in my head is of a young man who came to a center where I help out with paperwork for government services. He was clearly pretty scared, spoke little or no Spanish, and I would guess he had only arrived here recently. With him came a man who was a little older, and who stood behind him smiling and with his hand on his shoulder. I don't know how they are connected, but the image of the two of them sticks with me as a message of comfort.

Story Number 2 seems to show another side of the migrant story. We met a young man outside the church where we were going for mass on Wednesday last week. He asked if anyone spoke English, so he and I ended up talking. He had been on the streets for five days, with nothing to eat, no change of clothes, no papers, nothing. He had sold his mobile phone for the bus ticket to get here. His story is pretty confusing, and I don't really understand, but he migrated from Africa three years ago to another part of Spain. What he needed in that moment was a shower, a change of clothes, and some food. After that, we knew he needed to find others from his country (and tribe) who would help him, and he told us they were in another town. We did what we could: connected him to a place he could get a shower, found someone with a change of clothes and breakfast, and we saw him onto the bus to the town where he thought he could find others from his home country. Along the way, we learned that he does in fact speak Spanish, that he came across the Mediterranean by boat at great expense, and that he was not married. We sent him on his way knowing that he had little that would help him. That was last week: yesterday, he ended up back at the parish where we had found him. He says he didn't find the people he had hoped to find. Unfortunately, there's nothing more we can do. None of us have connections to help him find work here, and without papers he can't do much. It's hard to see, and he will continue to be in my prayer for a while.

Most of my work is teaching, and my informatica classes are going well. The students are pleased, and they are learning how to use a mouse and a keyboard, and we've moved into the internet and Google. The first day we opened Google, I had one student looking for houses to rent, one student looking for Shakira, two investigating news from their home countries, and one on a futbol page. Such is the great diversity in my classroom! 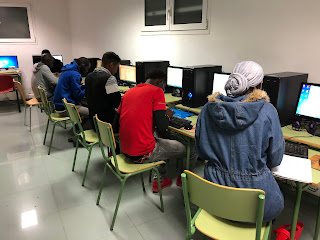 The town we went to in celebration of my birthday is called Vicar, and it has these lovely white walls, where children have painted different scenes with music and stars. 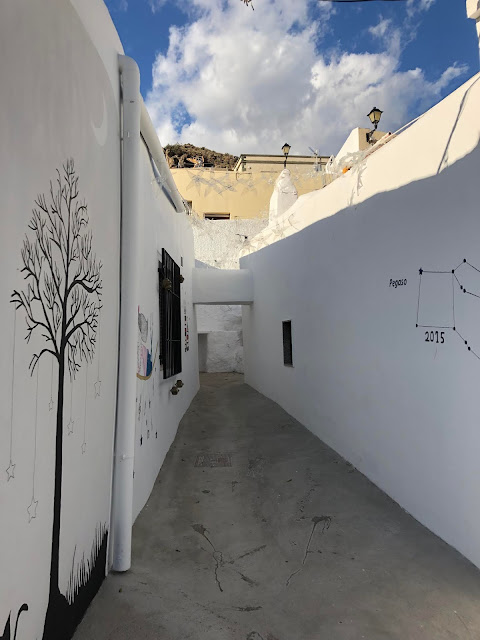 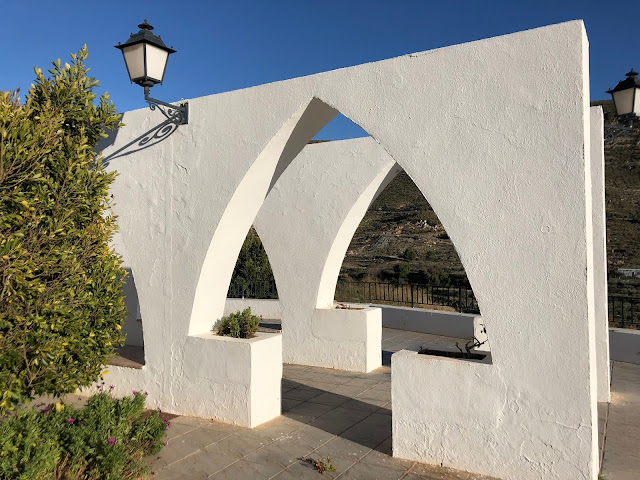 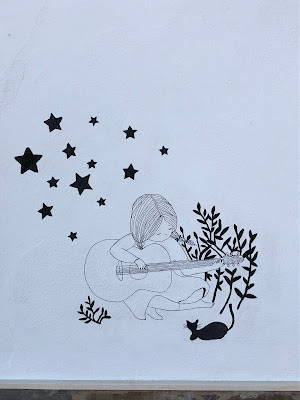 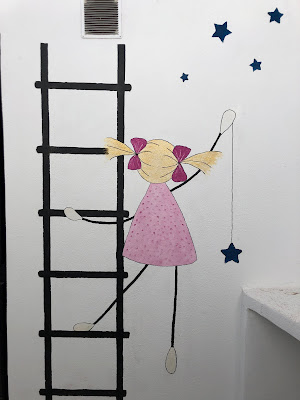 The part that made me laugh out loud was this (there's a note missing between the two, I think): 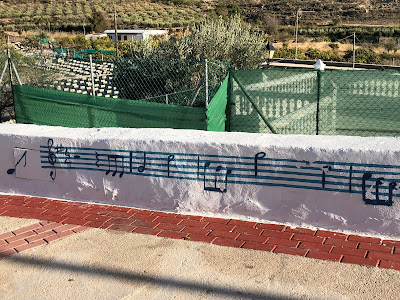 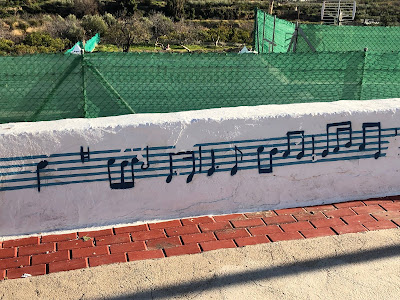