Well, I should start by saying that it's not literally my birthday (that's in February, in case you needed to know).  But--yesterday was the anniversary of my entrance into the novitiate!  I'm officially a second-year novice!
(The pics are what my novitiate community sent me--the Elmo card cracked me up!!)
So, our formation program includes two years of the novitiate (sometimes called the noviceship, which I tend to make jokes about...falling overboard...needing a "captain"...).  The first year is bound by a number of rules, based on the law of the Catholic Church.  Basically, it's a time when the novice focuses on her relationship with God.  She does not do any sort of paid ministry (but she should do some voluntary ministry that does not carry too much responsibility, and that brings her in touch with God's people), and she spends more time in prayer than she otherwise has the freedom for.  Other things are included, like study of the religious order, its history and spirituality, possibly some study of theology (from which I was exempted because of my previous studies), spiritual direction, and language study. 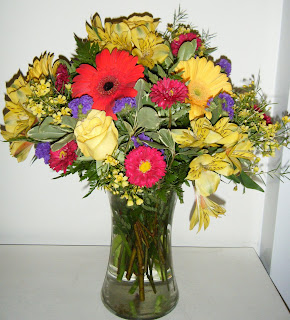 For me, that year was fantastic, and at the same time I was ready to be done with the introspection by the end!  But what a gift--to have freedom from serious obligations in order to spend time with God alone.  I can't tell you all the ways my relationship with God has been strengthened.  I am grateful, and humbled.
So, a new year of the novitiate begins.  I am now in active ministry, teaching middle and high school religion, until the end of December.  Then, I return to my semi-contemplative state, and to study of the history and spirituality of the Society of the Sacred Heart.  I emailed my community this morning that I feel like a new woman--and it's true!  Much has changed in me, and all the change has brought me closer to God's beautiful desires for my life.
Amen!  Alleluia!
formation noviceship relationship with God

Anonymous said…
Thank you for sharing about your experience as a novice! I just started my second year as a candidate (aka postulant) and I've already begun to think about, and worry about, the canonical novitiate experience especially since I'll be sent to Lorado TX.
September 4, 2011 at 11:52 AM

Maureen Elizabeth Ryan (MER) said…
On behalf of the Associated Alumnae and Alumni of the Sacred Heart, I send you our best wishes and prayers as you begin the second year of your novitiate.

Jeremiah: I'm glad to be of help! Are there questions you have or things you really want to know? I've been sent here and there--in fact, from the Pacific coast to the Northeast--so I know that's hard. But community and friends always help me get through the transition. Feel free to leave questions here, or to email me (it's on the right side of the blog). Blessings on your journey!!
September 4, 2011 at 3:05 PM

Sister Juliet, RSCJ said…
P.S. Jeremiah/Pirate... I wrote that before I realized that I know you in a non-bloggy world! But really, email if you want. Blessings!
September 4, 2011 at 3:07 PM