July 01, 2013
To begin with, this post really has nothing to do with the coming celebration of Independence Day.  Just in case the title led you to think that... 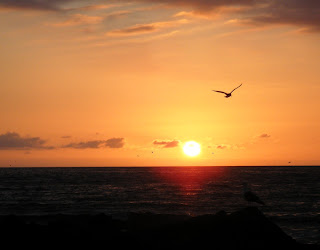 Instead, I want to focus on yesterday's readings.  The second reading was from Paul's letter to the Galatians.  I'll abbreviate it here (but the whole thing is Gal. 5:1, 13-18, and can be found here):

Brothers and sisters:  For freedom Christ set us free; so stand firm and do not submit again to the yoke of slavery.

For you were called for freedom, brothers and sisters.  But do not use this freedom as an opportunity for the flesh; rather, serve one another through love. For the whole law is fulfilled in one statement, namely, You shall love your neighbor as yourself.


What is it that keeps you from freely following Jesus?  What freedom to you need to be truly able to live a whole-hearted life in love?

None of those things are really bad in themselves, and of course, illness (mental or physical) is not something that we can control.  But they are certainly things we can pray for.  I pray right now for freedom from whatever stops each one of us from serving our neighbors in love.  For healing for all those who are ill, in pain or mental anguish.  For detachment for those who need it.  For freedom to be who we are called by God to be.  Freedom for loving as God loves us.